For the last few days, and during his stint on the American version of Celebrity Big Brother, Todrick Hall has been trending on Twitter, along with the hashtag #TodrickExposedParty. It can be hard to track what has exactly happened over here in the UK, as CBB US doesn’t air here – but the YouTuber, singer, choreographer and musical theater performer has been swarmed in scandals and accusations for years that have seemingly come to a head during his time in the house, where viewers and his fellow housemates were outraged at his behaviour. Here’s all of the Todrick Hall accusations and why he upset audiences and his fellow housemates during his time on Celebrity Big Brother US explained:

On the American version of Celebrity Big Brother, the way the contestants win is different to over here. There isn’t a public vote, but rather a jury of housemates vote for who they think should win. During the final jury, every contestant who has left has their say on who should win the £250,000 prize money. Todrick lost the vote 7-1, a landslide loss. His fellow housemates of him felt snaked by his behaviour, with several speaking out to say how they were hurt by his actions of him. It is of course a game show, but friendships and dodgy behavior have harmed Todrick’s reputation. 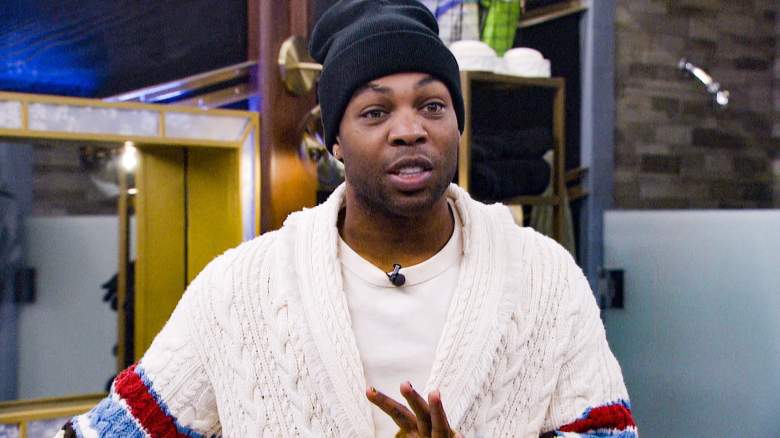 Todrick’s time on Celebrity Big Brother US was condemned by Carson Kressley, another housemate on the series and someone who knew Todrick personally due to the fact they both judged on RuPaul’s Drag Race All Stars seasons together. Carson said that he trusted Todrick and thought he’d never lie to him, which cost him his place in the house when Todrick stabbed him in the back. Carson said: “I didn’t have any information and he was so charming and so engaging in the house. And we had a relationship. We weren’t great friends, but we had often worked together. I knew him quite well. So I just trusted every word. And that shows that I was a gullible newbie to the world of Big Brother.”

Kressley also went on to say that the backlash Todrick’s faced is going to be “a learning experience” for him. He also faced backlash for numerous things he said about other housemates, particularly about Shanna when he repeated the words that were said to her by an intruder when her home was invaded in a traumatic experience.

Since 2019, Todrick Hall has faced accusations from former dancers and employees that they were mistreated by him as an employee, as well as saying that he did not pay them for their work. Since Todrick has been on Celebrity Big Brother, the allegations have been resurfaced and a few have done detailed threads exposing and accusing Todrick of it.

I use my account for nothing but reading articles related to my work, but the daily trending of my former boss has me waiting for one of my former coworkers to speak up. After seeing the makeup artists, editors, videographers, and dancers come forward, I do want to

In a long thread, @aimingeros on Twitter accuses Todrick Hall of exploiting newbies to the industry and not paying them properly, as well as of bullying behaviour. The thread is 25 tweets long, and also tells of how Hall allegedly promised the freelancers a hotel room each and food but made them share rooms and provided one meal a day.

I texted two separate assistants for MONTHS trying to get paid. I was straight up ignored. How do you not pay your crew?! Still to this day he is the only client I have ever had that didn’t pay me for my work. If I remember correctly it was over a 12hr day #todrickexposedparty

Another user also shared that she wasn’t paid for two music videos she’d worked for Todrick Hall on. A US Celebrity Big Brother Twitter update sharer tweeted that Todrick discussed the pay situation in the house, tweeting on February 18th: “Todrick says he pays his video editors not a lot of money because of it is off time for them. Todrick says he has gotten in trouble because people think they are getting paid but he never promised to pay. It is YouTube videos, not paid gigs.”

Posted 12:54am: Todrick says he pays his video editors not a lot of money because of it is off time for them. Todrick says he has gotten in trouble because people think they are getting paid but he never promised to pay. It is YouTube videos, not paid gigs. #CBBUS3 #BBCeleb

When Todrick Hall left the Celebrity Big Brother house in second place, he canceled all press interviews – unheard of for a finale night. He has yet to address anything regarding the backlash on his social media platforms from him.

Related stories recommended by this writer:

• Babies, breakups and engagement: What the cast of Love Is Blind season one are up to now

• Which girl from Love Is Blind season two are you? Take this quiz to find out